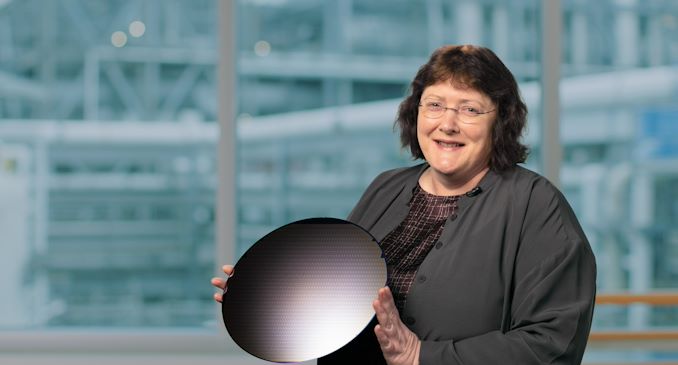 It’s somewhat of an understatement to say that Intel’s future roadmap on its process node development is one of the most aggressive in the history of semiconductor design. The company is promising to pump out process nodes quicker than we’ve ever seen, despite having gone through a recent development struggle. Even with CEO Pat Gelsinger promising more than ever before, it’s up to Intel’s Technology Development (TD) team to pick up the ball and run with it in innovative ways to make that happen. In charge of it all is Dr. Ann Kelleher, EVP and GM of Intel’s Technology Development, and on the back of some strong announcements last year we reached out for the chance to interview her regarding Intel’s strategy.

Dr. Kelleher is a long-time Intel employee, going back 26 years and starting in Intel Ireland. Starting with semiconductor research, Dr. Kelleher took roles in manufacturing, rising through the ranks to Fab Manager and then being in charge of all of Intel’s manufacturing facilities. The pivot to Technology Development, as we’ll see in the questions below, is a complementary move that brings together both the experience of development and manufacturing. What I loved about speaking to Ann is the element of quiet but striking determinism in the way she spoke – for as much as the CEO is shouting from the rooftops about Intel’s ability to execute, a few minutes with Ann showcases just how focused the people who have to do the research and development really are and how important it is to them on a personal level.

Ian Cutress: Going through your history, you joined Intel in early 1996, making you a 26-year veteran of the company – an Intel ‘lifer’! In working up from Process Engineer, to now GM of Technology Development, what exactly has been your journey through Intel?

Ann Kelleher: Well, I started back in 1996 – maybe I even started a little bit before 1996. When I was in college, I did a Master’s and a PhD – I did it in a research centre in Ireland, which was called the National Microelectronics Research Centre, which was in Cork. Then when I finished there, I went to imec in Belgium and I did a postdoc, and then I returned to Ireland. Then I was leading a small research group, in the same research institute as my PhD, but Intel Ireland was starting up a factory at the time. It was a new factory that became Fab 14. They were hiring for Fab 14, and at the time they basically asked me to come and talk to them, they asked me to come and interview, and I did.

I got the job. At the time, I thought I would come for a year. A lot of my job prior to joining Intel was basically writing project